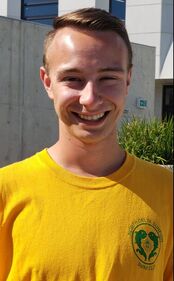 Ashton Erickson will be continuing as our Head Coach for our Winter Maintenance program.
Ashton has been swimming since he was five, starting with the Sunfish Swim Club. During that time he has attended thirteen consecutive BCSSA Provincial Championships in both speed swimming and water polo. At those events he medaled a total of 23 times, including 11 golds. Ashton also earned several meet records, four Fraser South Regional Records, and one Provincial Record. He also participated on Water Polo Canada’s Youth National Team training roster twice. Ashton would later go on to swim on the UVIC Varsity Swim Team. He has previously coached at the Surrey Sea Lions Summer Swim Club and White Rock Wave Masters Swim Club. He has had 2 years with us as our Head Coach and helped us navigate through the Covid protocols since last April 2020 when we did our virtual training. We are looking forward to him continuing in our Club's successes.

Olivia Roschat is currently in her second year at University of Victoria and is swimming for their varsity team.  She is a senior coach. She has been a long time member of Sunfish. She coaches our intermediate A group and shows great passion for all her swimmers. She has also completed her National Lifeguard Pool                      Certification, Standard First Aid and NCCP 1 Swimming.

Aleks Oclarino is a senior coach and a senior swimmer who is hard to miss as he clearly has the best hair in all of sunfish. He is a coach who believes that any swimmer can be an excellent swimmer with hard work, commitment and focus. He has received top Regional and Provincial rankings in swimming. He has also been one of our coaches for several years, starting off as Volunteer Coach. He has completed his Bronze Cross and Medallion courses and coaches our Intermediate Competitive Group. He is currently attending University of Victoria. 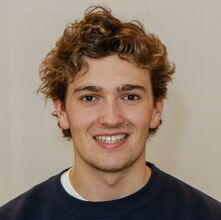 Cameron Hexter has just completed his first year at the University of Toronto where his University Water Polo Team won the OUA Championship. Most recently, Cameron was named to the roster of the Canadian Junior Men’s National Team and will be competing at the Junior Pan American Games in Indianapolis this July.

Cameron is excited to be back with Sunfish as the Water Polo Assistant Head Coach and is looking forward to a great summer. 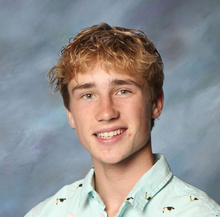 Cohen Coughlin is both a Junior Swim Coach and U10 - U12 Water Polo Coach. He has been playing with the Fraser Valley Water Polo Club for five years and has swam competitively with Sunfish for eight. He is a regional gold medalist in 100 Fly, and has swam provincially for numerous strokes. During his time in Fraser Valley his team placed bronze in western national championships, followed by a silver the next year.  Cohen is excited to coach the children to better heights in their swimming and water polo skills. Sunfish all the way! 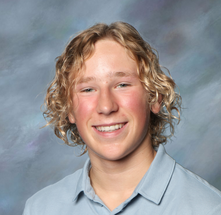 Ryder Coughlin has been swimming and playing water polo with Sunfish since he was a little fishy. He is both a Junior Swim Coach and U10/U12 water polo coach.

He has a passion for water polo so he joined Fraser Valley High Performance Winter club and has been playing with them for the past four years.
Ryder has completed his Bronze Cross, Standard First Aid and National Lifeguarding certifications. 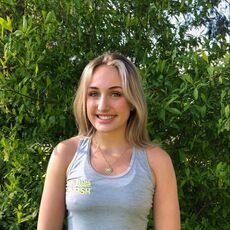 Hi everyone! My name is Isabel Howie and I coach  both  swimming and water polo and lifeguard for North Delta Sunfish. I have been a competitive swimmer for 12 years, playing water polo for 6 years, and a dedicated Sunfish coach for the past 3 years. I look forward to a successful and fun COVID-free summer season! 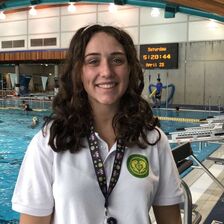 Hi! My name is Sophia Howie and I am coaching Little Fishies and Water Polo this summer. I have been playing water polo for 5 years, been swimming for 10 years, and have been working with Sunfish for 3 years. I play with Fraser Valley Water Polo and swim with PSW. I am excited to meet everyone and to have a great summer with the kids.

Anaya Jhutti this year is our Junior Coach for Artistic Swimming (Synchro). Anaya Jhutti has been involved with this sport for 7 years.  She has competed with the BC Aquasonics and enjoys teaching swimmers techniques by giving them helpful feedback and passion.  She is excited to continue sharing her knowledge and love for the sport of Artistic Swimming with the swimmers this summer! ​

Sunfish takes great pride in our coaching staff.  We believe we have one of the strongest and most dedicated coaching team in BCSSA.

Our coaches are top swimming and excel in their respective sports as well. They know how to coach because they know how to compete and we provide support and on-going mentorship and feedback!
​
In addition to being great athletes, every Sunfish coach brings their own set of credentials whether they are certified through NCCP National Coaching levels and/or Life Saving BC certification through swim and lifesaving instructor, first aid and other related Coaching Association of Canada courses.
​
In helping build a greater and bigger community within the Club, many Sunfish coaches also began as Little Fishy swimmers/players who can relate to their membership and have progressed their way from being a volunteer coach to being a junior/senior coach who have also spent several years learning from our Head Coaches.

If you are interested in being a Coach, send an email to vpcoaching@ndsunfish.com and take the first step by being a volunteer coach.

​Deadline for summer positions is January 13, 2022 or until positions are filled.
​